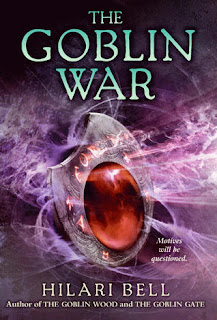 I really liked The Goblin War. In this book, the main character, a sorceress named Makenna, gets stuck in the "other world". She has to get herself, and the goblins with her, back to their world. When she gets back to her world, she finds the war that sent her to the "other world" in the first place is even further along. The war is promising to wipe out the whole population if they can't stop it.
This book was so good that I didn't even notice that it is actually the third book in the series. I would strongly recommend this book to my friends, but I would suggest that they read the other books first!
Bryca, 10
Posted by Fresh Ink - Porter Square Books at 10:24 AM