Amelia Anne Is Dead And Gone 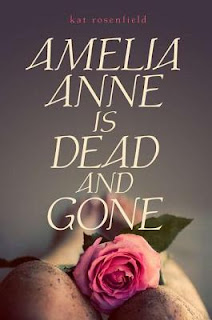 I really want to say that I liked Amelia Anne Is Dead And Gone. The idea for the plot was fantastic, and the parts that where told from Amelia's point of view were riveting. However, I found that the main character, Becca, was unlikable and for the most part an annoying person. Also, the writing was very unfocused, a lot of times the author simply said the same things over and over again, and nothing truly happened except for in the first and last 20 pages of the book. Over all I would say that this book had a strong idea but poor execution, which is unfortunate because I really would have liked to see this done better.

Email ThisBlogThis!Share to TwitterShare to FacebookShare to Pinterest
Labels: 0712, Jenna, Penguin, YA