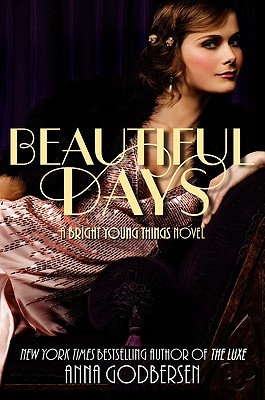 Meet Cordelia, Letty, and Astrid, three unforgettable young women who are each trying to make it in 1920s New York. Cordelia and Letty, best friends from childhood, grew up in Ohio and are recent arrivals to the city. Clever, driven Cordelia, now reunited with her family only to have her bootlegger father shot by his rival, is planning the opening of a nightclub. She will be running the nightclub herself, and pressure is mounting. This will prove difficult to balance as she finds herself in a blossoming romance with a daring pilot who owes her his life. Opening night will be the most important night for ambitious but sweet Letty's career-- she hopes to be in the spotlight, alone with her beautiful voice. The tension will build as she finds that her dreams of being a star are in Cordelia's hands-- and Cordelia doesn't seem to be handling them carefully enough. Astrid, fiery, lovable and impulsive, is in a tumultuous relationship with Cordelia's brother Charlie, and when he becomes her fiance she must find an unfamiliar new level of maturity.

Sparks fly in Beautiful Days, the fulfilling sequel to Bright Young Things. It's full of surprises-- from the suspenseful moments (when you hold your breath without realizing it) to the glorious ones when you can't help smiling (you would jump for joy, too, if you weren't in public). Beautiful Days was a thoroughly enjoyable novel. An even more exciting follow-up to Bright Young Things, it portrays a side of the protagonists which you can relate to, and which you haven't seen before. It allows you to mourn their losses and delight in their triumphs in a wonderful new way. Stop in the middle of whatever-you-may-be-reading and take the time to read just 50 pages of this book. You won't regret it, and you definitely won't be able to stop there-- there's an undeniable appeal in watching such unique people work toward achieving their dreams.

Diane
Posted by Fresh Ink - Porter Square Books at 9:48 AM

Email ThisBlogThis!Share to TwitterShare to FacebookShare to Pinterest
Labels: 0911, Diane, Harper Collins, YA