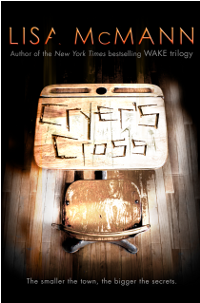 Cryer's Cross has to be one of the worst books I have ever read. So awful in fact, I put off this review for four months because I dreaded ever having to think about the book again. I found it the other day and felt like enough time had gone by and I could finally put to words exactly what I disliked about the book.
Cryer's Cross was an extremely graphic mystery / horror novel. The end of the book was not only a disappointment, but felt like the end of a bad low budget horror film. In the book, the main character, Kendall Fletcher's best friend and "boyfriend" Nico Cruz, disappear five days after another girl in town has gone missing. The cover might look intriguing, it did to me at least, but this book is most definitely not worth anyone's time, in my opinion.
I finished the book extremely disappointed with the conclusion and mad that I had spent time on a novel that had such a poor resolution and took too long to come to a climax.
Sasha, 14
Posted by Fresh Ink - Porter Square Books at 8:02 PM

Email ThisBlogThis!Share to TwitterShare to FacebookShare to Pinterest
Labels: 0211, Sasha, Simon and Schuster, YA